My friend and former colleague, journalist Jamie Duncan, and I had an interesting interview on how Chinese food has evolved over the years. Here is Jamie's story in the Herald Sun.

Melbourne today boasts some of the best regional Chinese cuisine around — but some old-school suburban restaurants are still mastering the classics.

Chinese food in Melbourne has come a long way since the 80s.

In the Golden Dragon in Rosanna and a thousand other Chinese restaurants across Victoria in the 1970s and 1980s, there were certain things you could always expect to see.

And it all came from a menu with two halves — Chinese and Australian.

If your family was anything like mine, a trip to “the local Chinese” was an exotic night out, generally to celebrate a big occasion.

Invariably, someone in the restaurant — an older bloke or a fussy kid, maybe — would refuse to submit to the delights of Anglicised Cantonese fare and would select from the Australian menu.

Lashings of special fried rice was always available at the suburban Chinese restaurant.

Why would you go the king prawns in garlic sauce or the ever-reliable chicken and almonds when you could order crumbed sausages, lamb chops or steak that was grilled to within an inch of its life, with chips?

This was the world that Melbourne journalist, foodie and cooking teacher Ida Chionh entered when she and her family arrived in Melbourne from Singapore.

“When we came here in 1983, the children were young. We loved to jump in the car during school holidays and just say, ‘Let’s go’, and drive into the country,” she said.

“We would stop for lunch or dinner in a small country town, and I think they were making heaps of money being the only Chinese restaurant in town. We were quite shocked to see a Chinese and Australian menu. I was quite shocked to see that we could be in these very Chinese-looking places with the lanterns and the fans that they had an Australian menu.

“You could order a lamb chop or sausages. Chicken Maryland was a big thing. I think they probably crumbed and deep fried it. We never got around to tasting it because we didn’t come to a Chinese restaurant to eat this. That was a real eye-opener for me.”

In the meat-and-three-veg world of Australia in decades past, there were still plenty of Chinese delights, but Ms Chionh said the issue may have been variety.

“Maybe that is because it was the Cantonese that first started the Chinese restaurants in Melbourne, and also the suburban ones were all Cantonese.

“The only one that offered regional Chinese cuisine was Bamboo House in Little Bourke St, near the Spring St end. All the politicians loved it because it was close to Parliament and the Princess Theatre, too. It had Shanghainese and some of the northern Chinese cuisines.”

Another, Ms Chionh said, was the Mask of China.

“It had Teochew cuisine, which is from Chiuchow in China, and it had interesting things like roast goose, venison, wild boar and squab, when in season, that you couldn’t get at any other restaurant. It was a bit more adventurous than the tried and true Cantonese classic Cantonese dishes,” she said.

“Now, Chinatown is full of other cuisines, not just Chinese.”

The Cantonese domination of the Chinese scene in Chinatown, Melbourne’s suburbs and out of town left little room for regional Chinese tastes and variation.

“(The authenticity of the food) depended on the restaurant. Some were pretty awful – sweet and sour pork that looked radioactive, so red and gluggy. That was awful,” she said.

We’ve come a long way from gluggy sweet and sour.

“Some of them had the same sauce, like black bean sauce, for beef, chicken, fish, pork. Any ingredient you liked cooked with a sauce. A basic sauce. You could have sweet and sour pork, chicken, whatever. It was pretty unimaginative.”

Ms Chionh said she found it hard to satisfy her love for chilli. “Because we are from Singapore, we love our chilli but when we went to one of these Cantonese restaurants and asked for chilli sauce, the waiters would look at us with disdain. How dare you ask for chilli sauce in a Chinese restaurant?,” she laughed.

“They would get this awful stuff from a bottle and just plonk it on the table in front of us. This happened more than once. And they would say in Chinese, ‘Here’s your chilli sauce’ like, ‘Yeah, you’re not really Chinese if you want chilli sauce’.

“That attitude has changed a lot as well. If you go to a Chinese restaurant now and you ask for chilli and you can have your choice of chilli oil, chilli sauce, sambals.

“And the suburban restaurants are so much better.”

Flower Drum is a classic Cantonese restaurant in Melbourne’s Chinatown.

Regional Chinese food along with Malaysian, Thai, Vietnamese and other Asian styles now flourish across Melbourne thanks to immigration and more sophisticated Aussie tastes.

Some of the hotspots include Box Hill, Glen Waverley and Doncaster, but Ms Chionh says the Oakleigh and Chadstone area is a favourite for her.

“Not plugging Chadstone shopping centre, but there is a very good one called Shanghai Red where you can find really good food. They don’t take bookings. You have to queue, but the queue keeps moving. We’re going there for a family dinner this week. They do a lot of regional cuisines,” she said.

“Then there’s Tea Garden at the corner of Dandenong Rd and Warrigal Rd. Very good yum cha and classic Cantonese food. And then there’s Dainty Sichuan if you like your food hot and spicy. They have quite a few around Melbourne. They love to use a lot of dried chillies with their food.”

Ms Chionh says she has a clear favourite regional Chinese cuisine. “I think I like Sichuan because it’s hot and spicy. I like Cantonese if you go to a good, classic Cantonese restaurant like the Flower Drum and Tea Garden in Chadstone,” she said.

“A well-known food reviewer from Hong Kong came as chief judge for the Melbourne Asian Food Festival, and we were both judges,” Ms Chionh said.

“He said to me all the good dim sum chefs had emigrated to Melbourne, so our yum cha is world-class. He said it was because most of the good Hong Kong chefs had come to Melbourne, and they used good Australian produce for their Chinese food.”

We’ve come a long way from gluggy sweet and sour.

Chinese food in Melbourne has come a long way since the 80s.

Lashings of special fried rice was always available at the suburban Chinese restaurant.

Spring rolls were a staple at the Chinese restaurant of old. Picture: Polly Haynes.

We've come a long way from gluggy sweet and sour.

Flower Drum is a classic Cantonese restaurant in Melbourne's Chinatown. 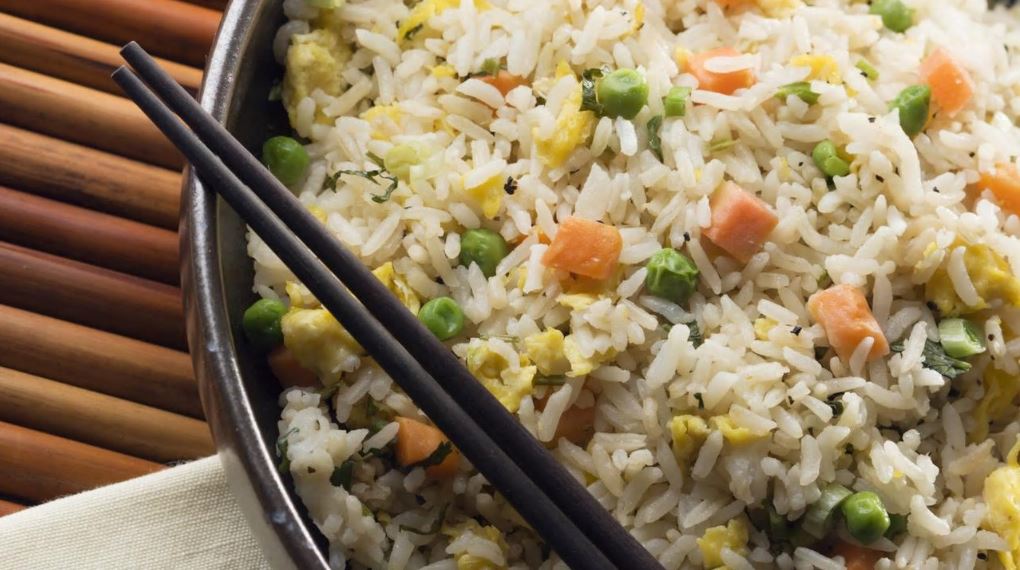 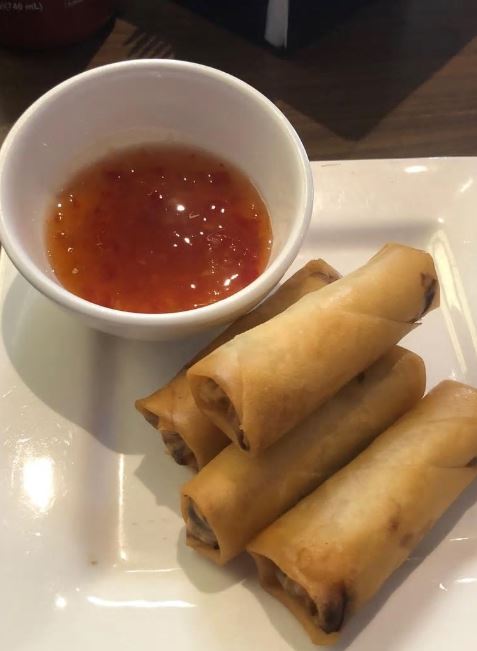 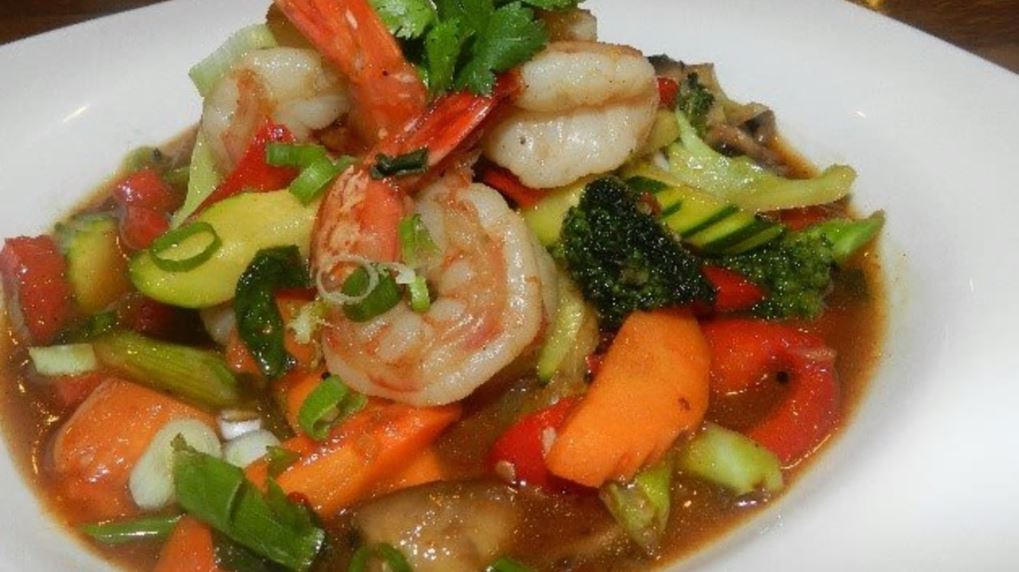 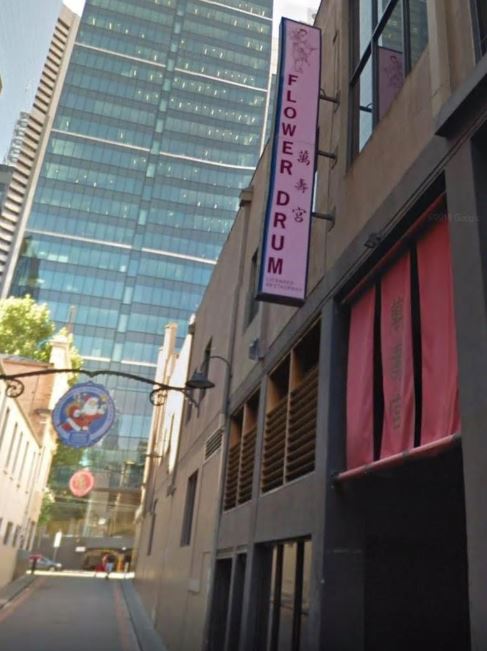 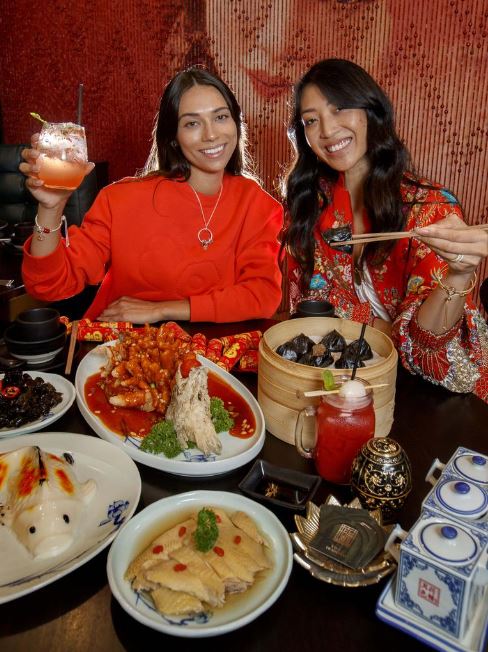