I first sampled the famous do-it-yourself popiah (spring rolls) at Good Chance Popiah a number of years ago and was pleased to find that the restaurant had opened a new branch at the New World Centre, during my recent visit to Singapore.

I had an interesting chat with affable young proprietor Boon Kai Chun, affectionately known as Ah Boy, about how the restaurant started and the history of its name.

"My great great grandma came from China and started selling food on the street," he said.

She passed on her treasured recipes to her grandson, Boon's grandfather, who started a canteen on the fifth floor of the Tunas building.

"No popiah then, just mixed dishes with rice, and the canteen became very popular," Ah Boy said with pride.

The defining moment was when a friend suggested that they sell Hokkien cuisine since they were Hokkiens so Grandpa took a chance (pun intended) and tried out the do-it-yourself popiah experiment on the weekend.

"That's how we became the first diy popiah specialists!"

It was a simple place with no signage, until an official from the Hokkien Huay Kuan arrived one day and invited Grandpa, now aged 97, to take over the Good Chance pub with free rental and sell his famous popiahs there.

The popiahs took off like the proverbial rocket and the rest, as they say, is history.

I was more than ready to sample the the legendary popiahs and other Hokkien culinary delights at the new restaurant and was happily accompanied by popiah aficionados and food bloggers Tony Tee, his wife Leanne and my English lecturer (self-appointed photographer) from many moons ago, Oliver Seet, a true blue baba (Straits Chinese gentleman), if ever there was one.

At the tender age of 32, Ah Boy heads a team that includes mainly family members, including his parents, aunt and cousins.

They're a sporty bunch. Grandpa was a basketballer and coach at the SEA Games, aunt Patty Hor is a well known ten pin bowler and Grandma was a swimmer.

Ah Boy has worked in hospitality all his life.

He qualified as a chef at the Singapore Hotel and Tourism Education Centre (SHATEC) and worked at Amara hotel, winning an array of awards along the way before joining the family business.

"This is my passion. I love seeing the customers happy and do the marketing myself every day to ensure I get the freshest produce for the restaurant," he said.

He is also in charge of quality control and makes sure that he eats at least one popiah a day.

After the obligatory demo from Ah Boy, we set about folding our own popiahs, and mine burst slightly at the seams, due to an over-enthusiastic stuffing of the filling.

We also had a delectable crab coated in salted egg yolk, homemade prawn rolls (hay cho) and the best bak kut teh I've had in Singapore so far.

I must admit I was hesitant to sample the bak kut teh (pork ribs cooked in herbal broth) as the first time I tried it, the overly strong herbal aroma almost knocked me out.

Another time I cooked it at home and I found the kitchen filled with the herbal flavours that weren't too pleasant.

At Good Chance, the bak kut teh is more delicately flavoured, strong enough to make its presence felt, but not overpowering.

You'll always have a good chance of a wonderful feast at Good Chance Popiah.

My thanks to Tee Tony and Tee Wong Leanne for introducing me to Ah Boy and his family and to Oliver Seet for his great photos. 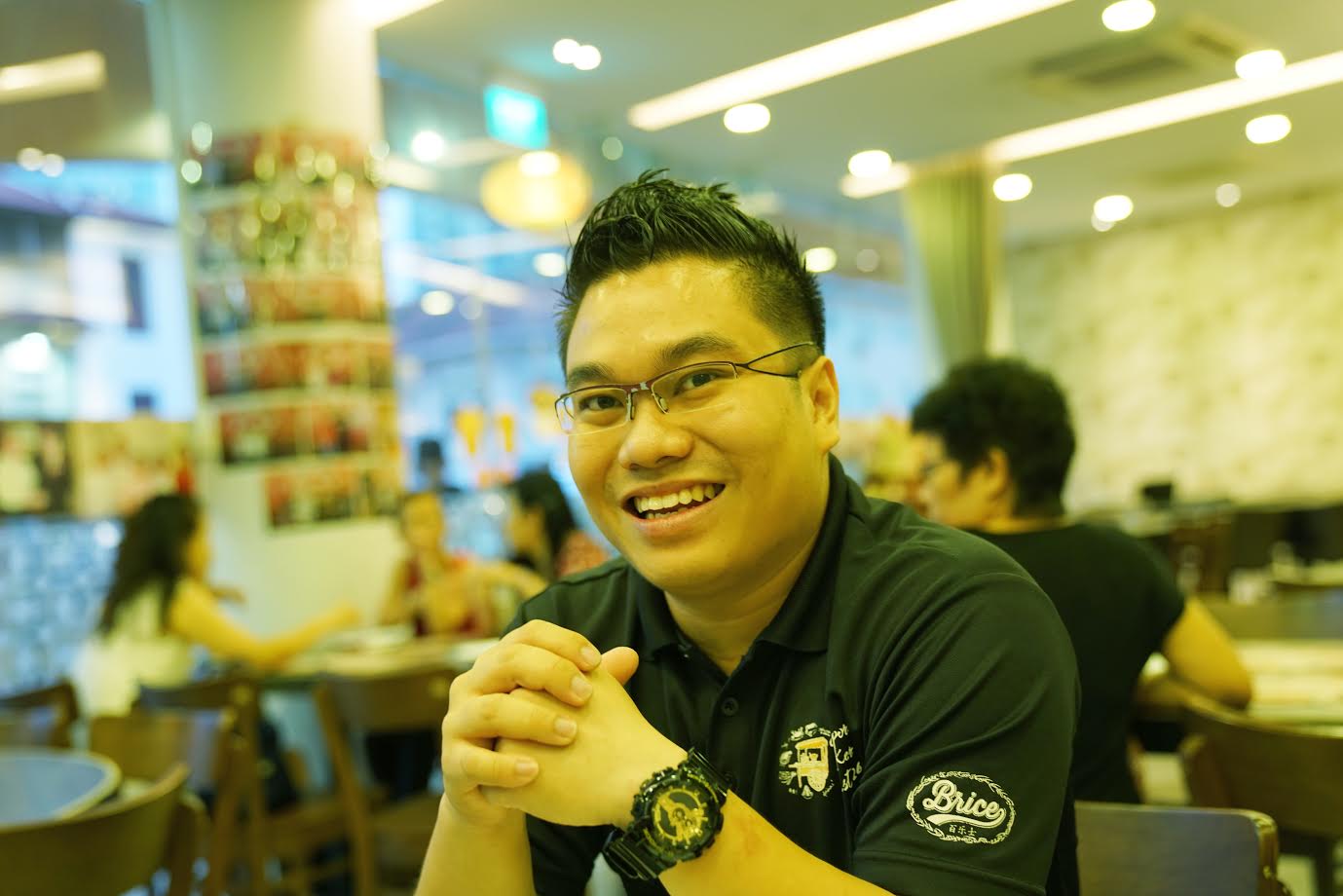 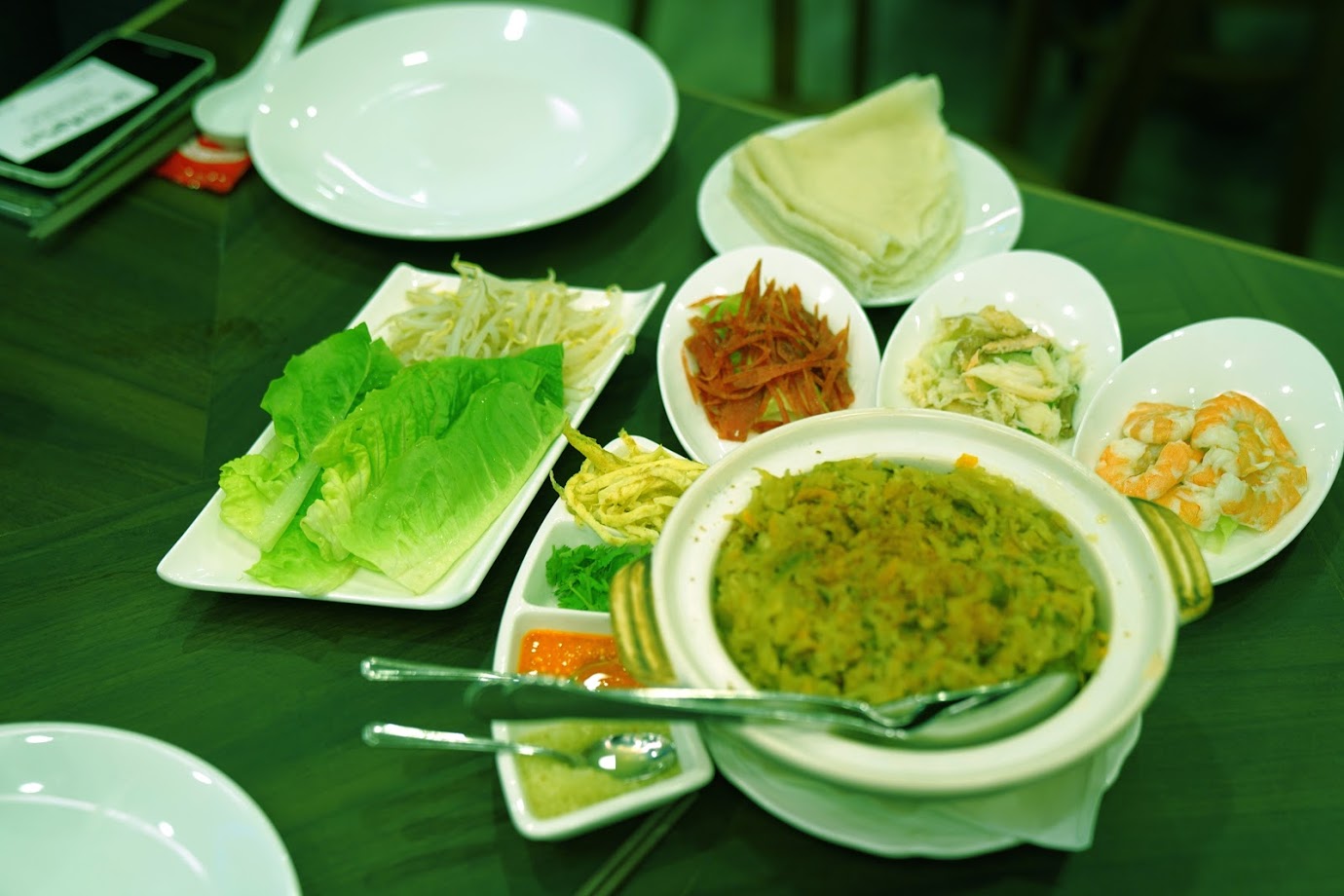 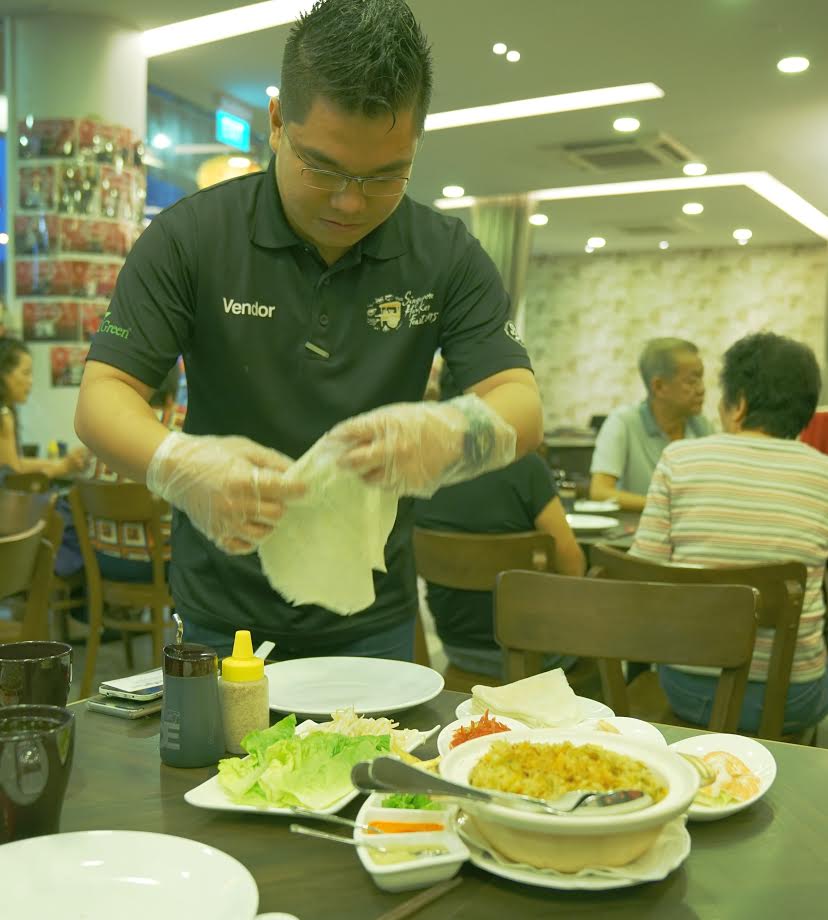 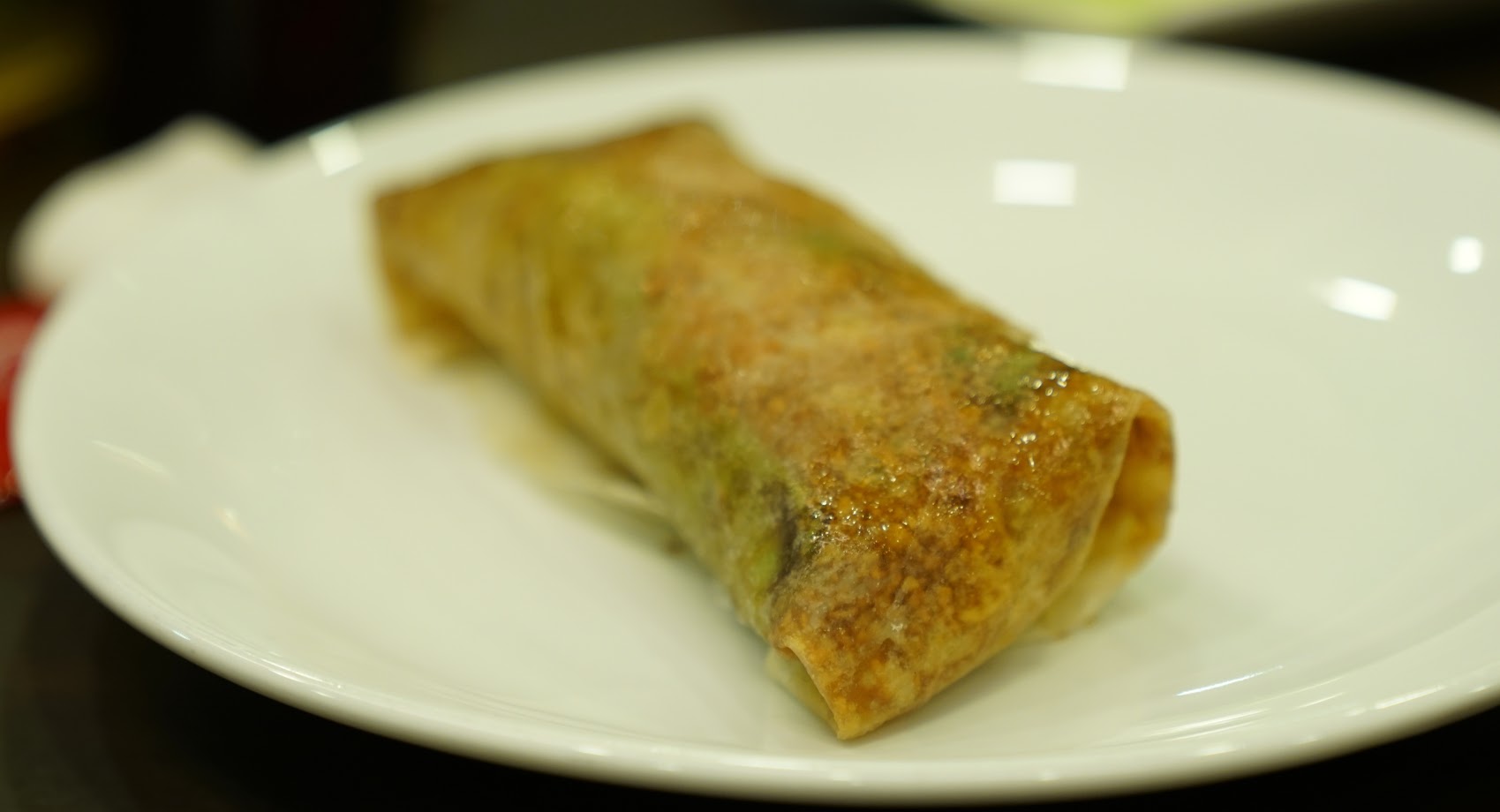 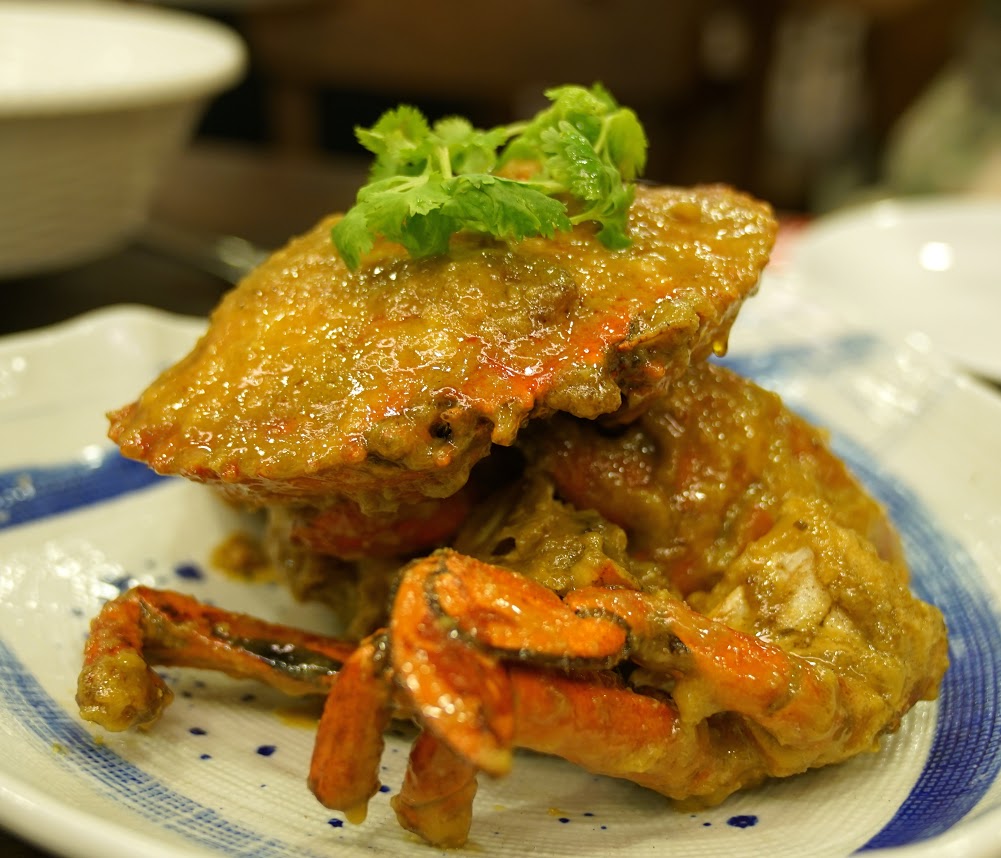 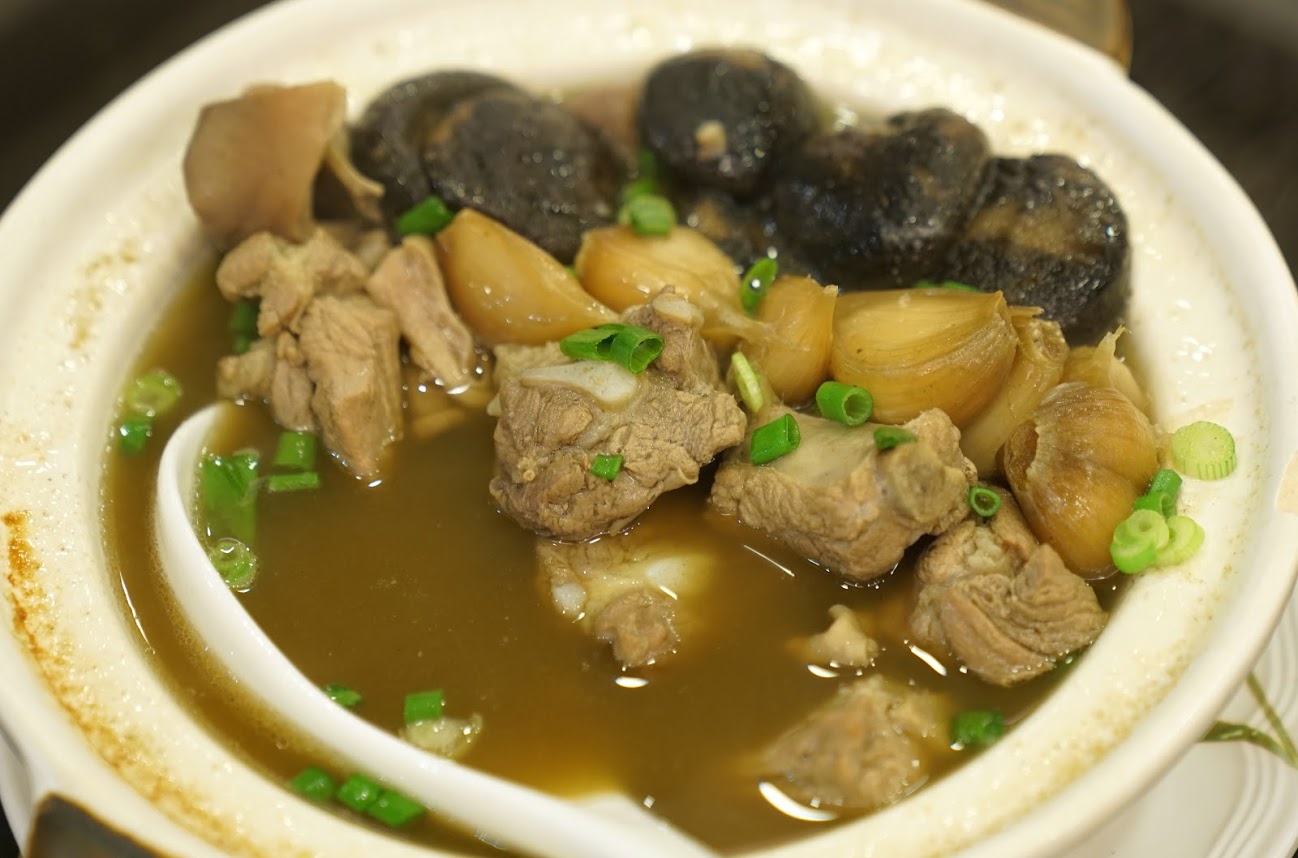