However, a lot of bacon sold in Australia is made from imported pork.

Why not help Australian pork farmers by buying Australian-made bacon?

Here are some recipes to inspire you and for more ideas, visit www.pork.com.au

Enjoy an indulgent breakfast with maple, bacon, cinnamon and pecan pancakes or relax on the couch with bacon and caramel popcorn.

To make the bacon-infused maple syrup for drizzling, finely chop one of the baked bacon rashers and place in a small saucepan.

Pour in maple syrup and simmer over low heat for 15 minutes.

Place flour, sugar, baking powder and cinnamon in a large bowl. Make a well in the centre and add eggs and milk. Whisk with a fork until a smooth batter forms. Stir in pecans.

Place a ½ tsp butter and a drizzle of oil in a large non-stick frying pan over medium-high heat.

Once butter melts, swirl pan to coat. Cooking one pancake at a time, pour a heaped 1/3 cup of batter into pan and cook for 2 minutes or until small bubbles appear on the surface. Flip and cook for a further 1 minute or until golden and cooked through. Set aside on a plate, covered with foil to keep warm. Repeat with butter, oil and remaining batter to make 8 pancakes.

Heat a large non-stick frying pan over medium heat. Add bacon (no need for oil) and cook, stirring occasionally, for 10 minutes or until bacon is golden and crispy. Drain on paper towel and set aside.

To make caramel, combine sugar, honey and butter in a small saucepan over medium-low heat and cook, stirring, until butter has melted and sugar has dissolved.

Increase heat to medium-high and bring to a simmer. Reduce heat and continue to simmer for a further 7 minutes, or until mixture is golden and lava-like.

To test if the toffee is ready, add a drop of the hot caramel to a glass of cold water - it will quickly harden if ready.

Stir in bicarbonate of soda and bacon. Quickly pour caramel over the popcorn and using two metal spoons, toss to coat popcorn.

Spoon popcorn mixture onto prepared tray, spreading out to cover tray. Set aside for 15 minutes or until caramel has set.

Break into bite-size pieces and serve. 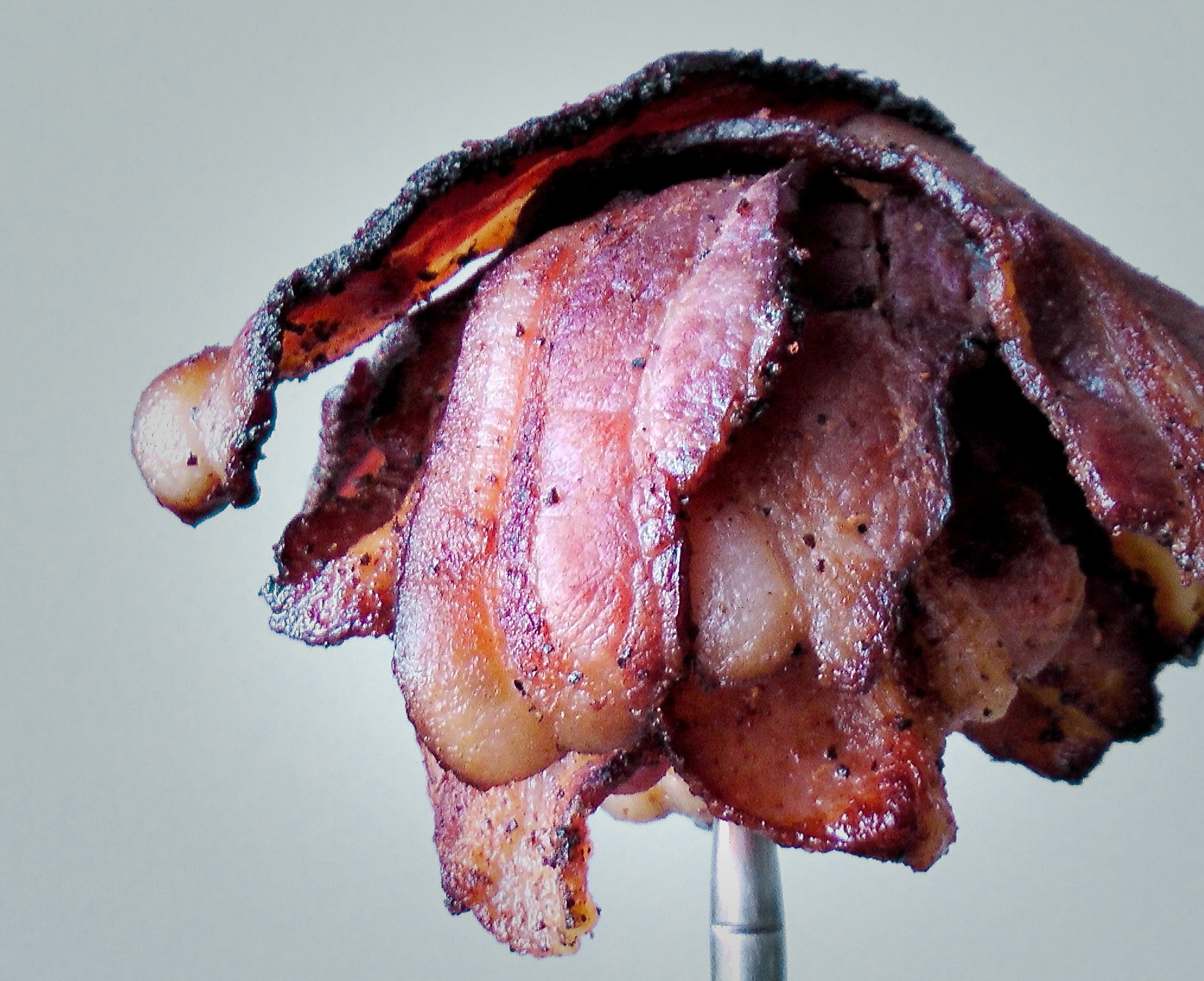 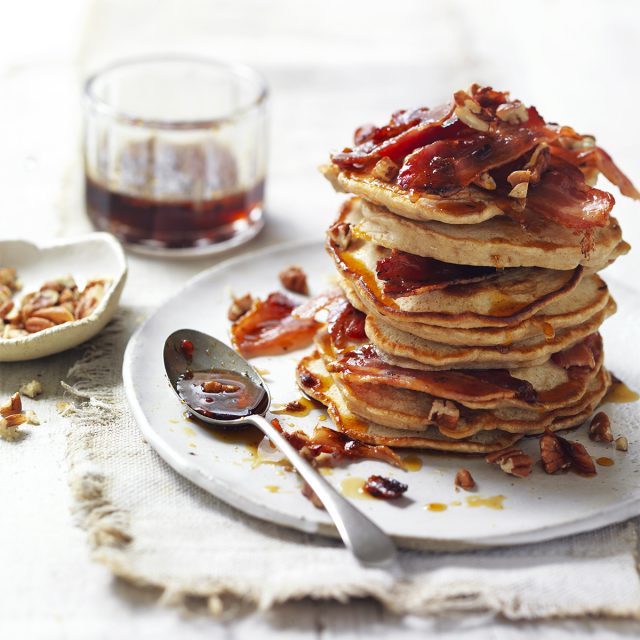 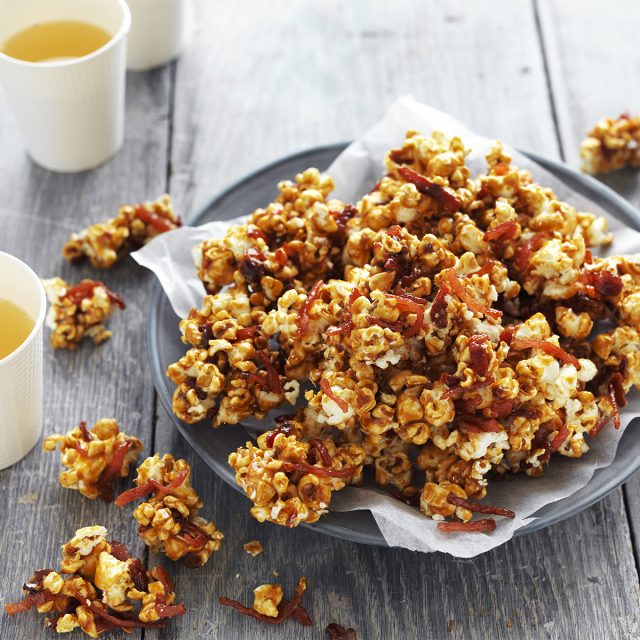