Interviewing chef, author and television presenter Audra Morrice was like talking to an old friend.

We share similar interests in both eating and cooking food and are very involved in the media.

In her latest book, Audra says, “Food is very powerful in bringing people together,” and she has happy memories of growing up in Singapore with a very Chinese mother, who came from Sarawak in East Malaysia, and an Indian father.

“There were nine kids in Mum's family and I recall travelling to Kuching in Sarawak very often.

“Of course everything revolved around food,” she laughed.

Before the east coast area of Singapore was reclaimed to build more housing for the population, she remembered her aunts collecting clams at the beach and bringing them home to be cooked in chilli sauce.

Audra was talking about the same beach which I used to visit as a child and where my father rowed his sampan out to sea on the weekends and returned with his catch just in time for Mum to freshly steam the fish for lunch!

The gastronomic adventures provided the base for her interest and ability in cooking which she started showing when she was 11.

She started by baking biscuits for her Mum's friends and for festive occasions, like Christmas and Chinese New Year.

“I'm adventurous when I cook and regard recipes as guides, rather than to be followed to the letter,'' she said

“I like playing around with the ingredients, tweaking the recipe and adjusting the amounts and flavours.”

The female relatives were formidable cooks, all very talented, especially her maternal grandma, “the empress dowager.”

Audra thinks she unconsciously learnt from grandma and all her cooking bears her mum's and grandma's influence.

She started cooking seriously out of necessity, when her studies took her overseas to New Zealand and later, Sydney.

After initial phone calls to Mum, for her favourite chicken curry recipe, she started having

pot luck meals with friends and cooked a lot more.

Her friends encouraged her to participate when MasterChef started, but she was hesitant because it meant full commitment and she had a successful career and two young children to raise.

She finally decided to take the plunge and got into the 2012 program.

“We started in 2012 and I must really thank my husband for his incredible support, my friends who came to help and the company I worked for, which gave me nine months leave from work,” she said.

Audra's life has changed a lot since then.

She left her lucrative career to pursue her passion for food and after being a finalist on Masterchef, she had her own cooking series, Tasty Conversations, on the SBS food network, a co-host and judge on MasterChef Asia and Singapore, consults for restaurants and cafes in Sydney and runs a catering business for private functions.

Somehow, she found the time to write My Kitchen, Your Table in 2015 and now Cook and Feast.

“Most of my recipes are Asian-influenced because it is such a great cuisine, so varied, complex and interesting.

“When combined with the fresh and wonderful produce from Australia, you'll win every time,” she said.

What can be more delicious than ikan bills and cheese cookies?

These are more like a butter-based cracker and a perfect snack when you have friends over for drinks.

Make them thin so they are crisp!

Place flour, spices, baking powder, salt and sugar in a food processor and blitz for 20 seconds.

Add cheddar and ikan bilis and pulse until roughly combined.

Add butter and blitz until a dough is formed. You may need to add 1-2 tbsp of water for the dough to come together.

In warmer climates, you may not need as much water.

Roll the dough out between 2 large plastic sheets to 3mm (0.1 inch) thick.

Alternatively, you can sandwich the cookie dough with the ikan bilis filling by rolling the dough out between 2 large plastic sheets until 4mm (1.5-inch) thick.

Cut out cookies with cookie cutters, grate over some parmesan cheese and bake for 10-15 minutes or until lightly golden.

Note: for finely grated cheddar cheese, place it in the freezer until it’s hard, then grate.

Or blitz in a food processor until finely ground.

In warmer climates, cool the rolled out dough in the fridge or freezer until it’s firm enough. Most dried ikan bilis are slightly salted. Rinse well before frying them. The ikan bilis filling can be substituted with dried prawns. Ensure they are coarsely processed and deep-fried until crispy before using. 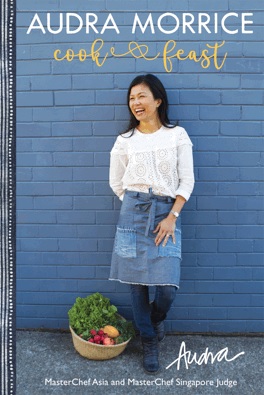 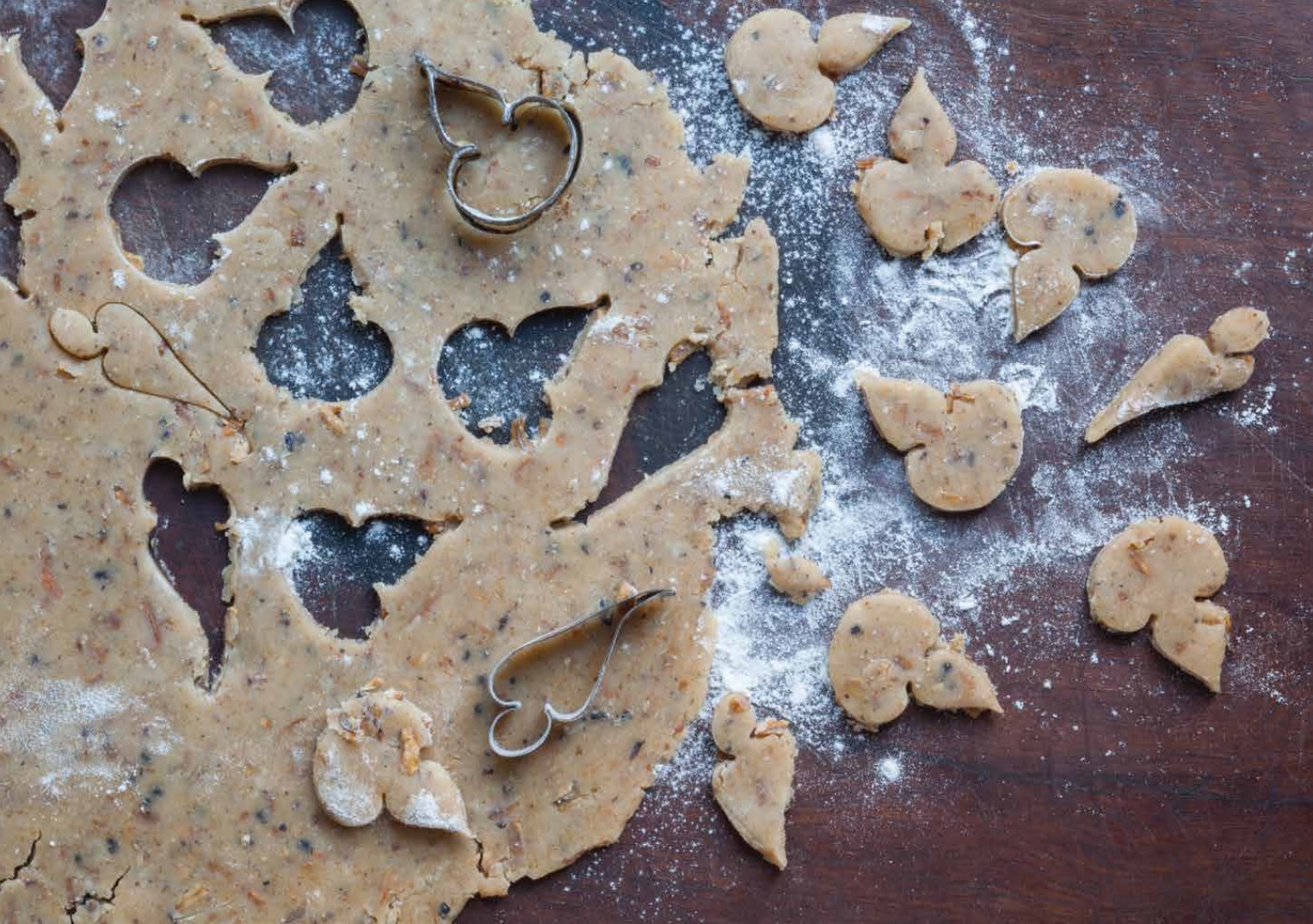